Moving Out Of The Major Clouds - A New IT Infrastructure Trend? 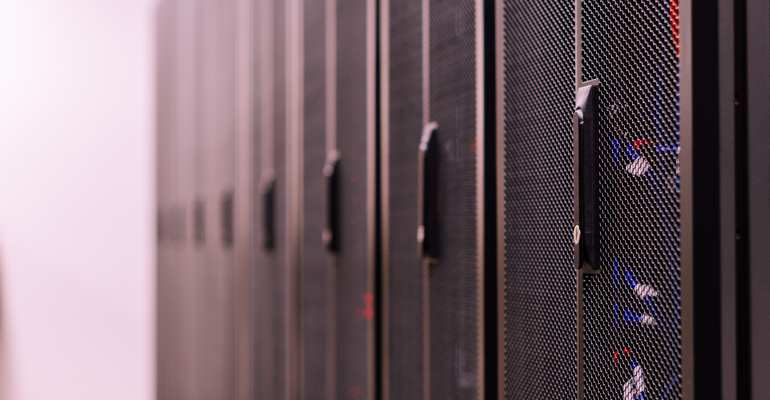 Within the last fifteen years, marketers and Big Tech have made a significant effort to persuade businesses to "move to the Cloud", whatever they meant when they used the term "Cloud". Nowadays, when saying Cloud most people mean Amazon AWS, Microsoft Azure, Google Cloud, and a few other major Cloud Server service providers. Tens of millions of small and medium businesses moved to the cloud within the last decade simply because they believed that "Cloud" is a technology framework that would allow them to improve their IT infrastructures, and technology operations, develop, and deliver better IT services. Well, fifteen years after Amazon launched its Elastic Compute Cloud (EC2) millions of SMBs are looking to go in the opposite direction. Now they are facing the challenge to move out of "the Cloud" rather than pursue further cloud adoption. Why?

Cloud adoption is actually increasing on a global scale. According to the industry analysts Gartner “in 2022, global cloud revenue is estimated to total $474 billion”. This is a $66 billion increase from 2021. Gartner analysts project that cloud revenue will surpass non-cloud revenue for relevant enterprise IT markets. In 2021 Mr. Govekar, vice president at Gartner has made a bold statement - “There is no business strategy without a cloud strategy.” The Gartner analyst said that “The adoption and interest in the public cloud continues unabated as organizations pursue a “cloud-first” policy for onboarding new workloads. Cloud has enabled new digital experiences such as mobile payment systems where banks have invested in startups, energy companies using the cloud to improve their customers’ retail experiences or car companies launching new personalization services for customer’s safety and infotainment.”

Are the projections made by most analytical centers correct? With all due respect to companies like Gartner, the answer is “No”! Why?

Because ever since its introduction as a term, the term “Cloud” has been used as a magic word and a generic term to describe services delivered through the Internet in general and two other things in particular: a) migration of a private IT infrastructure, hosted in the corporate branch to data centers. This was called “Private Cloud”; and b) hosted websites and applications - Web Hosting - IT infrastructure services that have existed long before the "Cloud" term was introduced. These are now called “Public Cloud”.

After the introduction of the term "the Cloud" in the late 2000s, many other made-up "terms" and buzzwords like “Private Cloud”, “Public Cloud”, “Hybrid Cloud”, “Serverless Computing” and countless “anything-as-as-service” phony definitions came into use. The result is a complete mess. Honestly, ever since the word "Cloud" was introduced as a technical term, no one has an idea what they are talking about. Many are making bold statements and projections, many terms inaccurate, and some even fake.

Gartner analysts for example project that by 2025 more than 85% of organizations “will embrace a cloud-first principle” and “will not be able to fully execute on their digital strategies without the use of cloud-native architectures and technologies”. Mr. Govekar of Gartner claims that “Adopting cloud-native platforms means that digital or product teams will use architectural principles and capabilities to take advantage of the inherent capabilities within the cloud environment.” He also says that “New workloads deployed in a cloud-native environment will be pervasive, not just popular and anything non-cloud will be considered legacy.”

Saying that the companies "will not be able to fully execute on their digital strategies without the use of cloud-native architectures and technologies" is quite an exaggerated statement, even if not false. It rises the principal questions about what "Cloud" and "Cloud-native" are supposed to describe.

What does Cloud-native mean?

Wikipedia explains “Cloud-native” as “an approach in software development that utilizes cloud computing to "build and run scalable applications in modern, dynamic environments such as public, private, and hybrid clouds". According to the definition technologies such as “containers, microservices, serverless functions, and immutable infrastructure, deployed via declarative code are common elements of this architectural style”. In fact, all these can be deployed and can run: a) on owned dedicated IT infrastructure - Colocation service - hosted in any 3rd party data center ("Hosted Cloud", a term that describes a single-tenant Cloud architecture); b) inside any in-house data center, built and operated internally by the corporations; c) at the branch in an IT colocation room, built as an on-premise data storage facility. They can also be hosted on a “Non-Cloud” VPS Hosting environment or on top of bare-metal server infrastructure.

I disagree with the "cloud-first” policy announced by Gartner. It may benefit all major cloud IaaS providers and analytical centers who get paid by corporations to make projections that influence businesses to make certain decisions. However, "cloud-first" is simply a fake policy and it is definitely not one that small or medium enterprises should be following. I think that a "Cloud-native" environment could be any infrastructure or a platform environment that is based on a Cloud computing infrastructure powered by an enterprise-virtualization technology. "Cloud-native" service could be: a) a hosted website with any web hosting provider; b) a public or private bare-metal server-based IT deployment, hosted in any multi-tenant data center; c) a hosted private IT infrastructure with any Cloud IaaS provider (the smaller, the better); c) an on-premise infrastructure hosted in a single-tenant corporate data center; d) on-premise infrastructure housed in a colocation room at the branch.

SMB owners have begun realizing that the major cloud providers are heavily abusing their trust by purposely setting up perplexed service models that make it impossible for cloud service users to have full control over their data and their recurring costs. Hundred of thousands of businesses have already begun reevaluating their IT infrastructure plans. Many of them are planning to move out of the major clouds and once possible begin using cloud services based on leased bare-metal servers or own hardware appliances. Enterprise virtualization companies like VMware, Xen, and Proxmox. Google for example allows its Anthos "multi-cloud" platform to be deployed on any 3rd party infrastructure or bare-metal servers hosted in a single or multi-tenant data center. Google explains Anthos as a platform that "unifies the management of infrastructure and applications across on-premises, edge, and in multiple public clouds with a Google Cloud-backed control plane for consistent operation at scale". Anthos platform can be installed on bare-metal dedicated servers or any existing virtualized infrastructures. It makes it possible to administer Kubernetes clusters both on-premises or on any leased IaaS.

So, leaving the major cloud service providers is becoming not just a necessity for many SMBs, but also a quite simple and risk-free task. Companies like HostColor.com, and we are just one of the many quality IaaS providers on the market, can present a cheaper and much better alternative in terms of reliability, data privacy, and technical support, compared to the major cloud providers.

Most companies that are planning to move out of the major clouds have already chosen to host their disaster recovery infrastructure with some of the thousands of reliable cloud and web hosting providers available on the market. Others plan to redeploy hybrid IT infrastructure with on-premise DR setups and data center-hosted applications used for public or private workloads.

Whatever your organization is planning to do, make sure that you have considered a "Cloud-native" plan that does not make you dependent on the major cloud service providers like Amazon, Azure, Google Cloud, etc. It is worth using a comprehensive enterprise cloud platform like Google Athos, but make sure they are hosted in an IT infrastructure under your control and under a service agreement that will not result in skyrocketing recurring fees that would hurt your company's financial health.