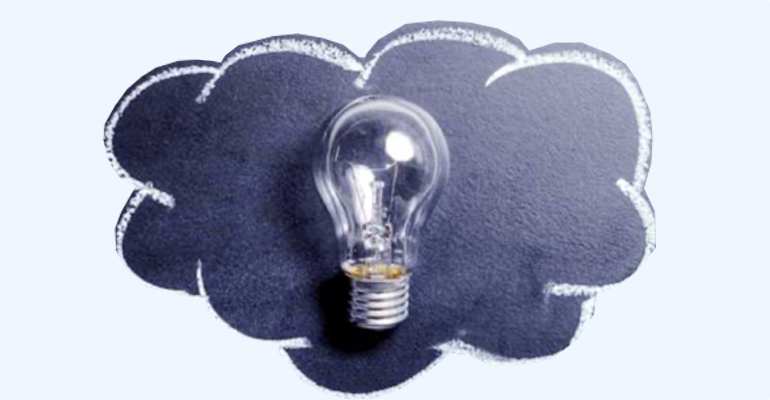 I have been in the IT infrastructure service industry for 20 years. During all those years, I have always thought that those involved in this industry must promote reliability as our business's most critical feature. Unfortunately, I'm wrong. The industry has slowly turned itself into a field of business activity where people are ready to promise anything to get your money. Marketers and sellers will say anything, and everything can be justified, no matter how untrue any promise is or idiotic an idea or a concept would be.

When the terms "the Cloud" or "Cloud computing" emerged at the end of the first decade of 2000's the, Oracle's CEO Larry Ellison said:


When the terms "the Cloud" or "Cloud computing" emerged at the end of the first decade of 2000's the, Oracle's CEO Larry Ellison said:
"The interesting thing about cloud computing is that we've redefined cloud computing to include everything that we already do. I can't think of anything that isn't cloud computing with all of these announcements. The computer industry is the only industry that is more fashion-driven than women's fashion. Maybe I'm an idiot, but I have no idea what anyone is talking about. What is it? It's complete gibberish. It's insane. When is this idiocy going to stop? "We'll make cloud computing announcements. I'm not going to fight this thing. But I don't understand what we would do differently in the light of Cloud."

Well said! Now ten years after "the Cloud" has been broadly advertised and Cloud Computing is going mainstream, another term – Serverless Computing – phonier and showing a significant lack of understanding and common sense has emerged.

What is Serverless Computing?

Well, it is nothing. As its name suggests, it is pure speculation. It is a phrase that refers to Cloud computing and to a specific service on the Cloud where the service provider takes responsibility to manage the It infrastructure for its clients. In other words, "Serverless Computing" comes to "replace" the term Managed Hosting Services. People understand what "Managed" means, and this is a term that describes a specific Informational Technology service correctly..

However, the use of the phrase "Serverless Computing" requires a simple question to be asked "Show me the computing infrastructure which you call "Serverless" and how is it different from the server based computing?". There is no answer to this question simply because there are not nerveless computing systems. All of them are based on servers (or computers).

It is no brainer to conclude that whoever uses the phrase "Serverless Computing" to describe certain computing services and products they offer could be questioned for using fake terminology and offering fake computing services. Let's see who does it.

AWS is ranked top in google for "Serverless Computing," and the reason is that they heavily promote such computing services. AWS claim that "Serverless" is "the native architecture of the cloud that enables you to shift more of your operational responsibilities to AWS, increasing your agility and innovation."

I have never seen such an arrogant and self-centered use of any Information Technology term, even a fake one as "Serverless Computing."

According to the AWS website, "Serverless allows you to build and run applications and services without thinking about servers. It eliminates infrastructure management tasks such as server or cluster provisioning, patching, operating system maintenance, and capacity provisioning. You can build them for nearly any type of application or backend service, and everything required to run and scale your application with high availability is handled for you."

The above is precisely what Managed Hosting or Managed Cloud is supposed to mean.

Serverless Computing According To Microsoft Azure

Another shameless corporation to create a service model based on the fake term "Nerveless Computing" is Microsoft. On Azure's website, they explain it as "abstraction of servers."

"Serverless computing is the abstraction of servers, infrastructure, and operating systems. When you build serverless apps you don't need to provision and manage any servers, so you can take your mind off infrastructure concerns. Serverless computing is driven by the reaction to events and triggers happening in near-real-time—in the Cloud. As a fully managed service, server management and capacity planning are invisible to the developer and billing is based just on resources consumed or the actual time your code is running."

I feel awkward to explain to Microsoft that in computing, the "abstraction of servers" is called virtualization, not a "Serverless" anything. According to them, we build "serverless apps," which probably comes to suggest that those "serverless" applications we develop could live in only in a "serverless" environment, which… surprise… Microsoft kindly provides to us.

Microsoft admits that "Serverless" is actually a "fully managed service," which cancels the necessity of using the phrase "Serverless Computing."

AWS, Microsoft Azure, and other major clouds are quite nerveless on using fake terms such as "Serverless Computing." As long as such terms bring them money, they are right. It is like "Fake News." they are fake only when they need to face the truth. Otherwise, there are always people who will consider them as objective.